I should start by saying that this is an iPhone/iPad only App at the moment. I don’t know if there are any plans to produce a version for other platforms or if there is a similar App for other phones but if anyone knows of one please let me know.

So the easiest way for me to explain what the App does is to show you the video from Cinemek’s website:

I had my first little play with the App this morning and decided to produce a storyboard for a preliminary project of the kind you all produced in the first week or two of your AS course. It took me approximately 30 minutes to produce, including going back and making a few changes. Once I was happy with the scene I then emailed it to myself as a pdf which can be seen below.

As you can see these are more than usable but the real icing on the cake is the ability of the App to run the storyboards, along with basic camera movements, as a movie. You can view this in your phone or iPad immediately and it certainly gives you an immediate idea of the flow of the piece, indeed this was the major reason for making the changes I made. When completed there is also the facility to output your storyboards as an aniamatic, as you can see below.

It contains a distillation of what the author considers to be the most important things that a person should learn from attending ‘art school’. As someone who has never attended art school of any sort (in fact my official artistic education didn’t even make it as far as GCSE (or ‘O’ level as it was then known) I didn’t actually find this irritating and/or patronising. In fact I thought some of the points were worth a wider audience in a media context so I’m going to blog about a few of them over the next few days/weeks/months.

Every borrowed or appropriated image carries an agenda

That agenda belongs to its original maker. If you are making collages from borrowed images or appropriating images for your own purposes, be aware that in order to make it yours, you must subvert its original agenda. Otherwise, that initial agenda will remain and override yours.

This is particularly relevant in the context of any intertextuality in your work. Most of you will have done this without thinking about it but it’s something that maybe you can consciously reflect upon in your blogs and consider how you have taken and changed the agenda of your source material.

I’m not going to make a habit of including gig reviews in here but for Imelda May’s show at the Engine Shed last Saturday I will make an exception. Before I get on to the headliners I’d like to give a big-up to the support act, Big Boy Bloater and the Limits.
If you like your blues with more than a hint of swampy twang then you will love this guy. And if you think he’s good on video you should catch him live to really appreciate the energy he puts into every song. After such a high octane 45 minute set I was slightly worried that Ms May would struggle to keep up the tempo and the energy but I shouldn’t have worried. They say good things come in small packages and this is definitely the case here.

The mighty atom bounced on to stage, inquired as the level of our desire for a bit of rockabilly and then launched headlong into a set featuring pretty much all of “Mayhem” along with choice tracks from earlier recordings which set my feet tapping and my hands clapping. The only sour note in the following two hours was the incessant chatter of a small group in the bar area who were so intent in their own party that the noise they were making could be heard on stage, prompting Ms May to, politely, ask them to pipe down a bit. I have to say that paying the best part of £25 and then ignoring what you’ve paid for seems strange, but annoying other patrons is just inconsiderate. As a side effect, however, it seemed to spur Imelda to even greater heights over the last third of the show as she absolutely hammered out tracks such as Psycho, Mayhem, Johnny Got a Boom Boom and Tainted Love in quick succession with the whole band going into overdrive. Epic night, despite the interruptions.

Is slow TV taking over the airwaves? 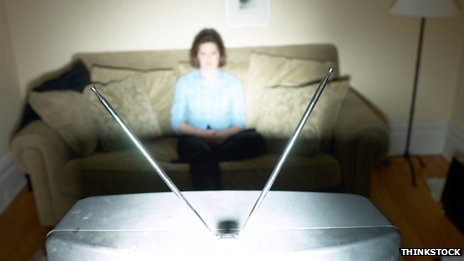 The return of Danish drama The Killing to television screens is the latest evidence of a shift towards long and glacially paced, small-screen drama. So why has slow TV taken off?

It’s hardly The Sweeney. Car chases and explosions are thin on the ground. Sensational weekly denouements and wild plot twists are conspicuous by their absence.

Unsurprisingly all of the Media staff at Q.E.G.S. are fans of ‘slow TV’ and I know we have a few fans of series such as The Wire and The Sopranos amongst students too. So is this a new trend, the beginnings of a backlash against ‘trash’ TV, or has there always been a minority of quality programming it’s just we are better at finding it these days. What do you, the future movers and shakers of the media industry, think?

What’s this then? Another great French film? This is beginning to be a bit of a theme, a theme which I may have to investigate at some point but for now just know that this is a great film (Don’t want to take my word for it? Take a listen to Mr Kermode’s opinion then.)

O.K. – now you’re back with me and there’s obviously no need for me to review the film or tell you what it’s about what am I going to talk about in this post. Well setting aside the obvious point that the whole film is a bit of a moral dilemma (if the law makes a mistake are you entitled to use illegal means to correct the mistake?) there is an even greater conflict towards the end of the film. (SPOILER ALERT) Our hero needs cash, and he needs it quickly. He resolves this by robbing (and killing) a drug dealer, thus committing the very crime his wife is wrongly in prison for. Yet we still support him in his endeavour and still want him to succeed. So why is it that we are prepared to accept illegal behaviour by the hero of a film that we would use as proof of evilness in the villain?

Totally coincidentally this has cropped up in A2 Media Studies today as part of our exploration of post-modernism. In the good old days, when the BBC strode the world as a colossus and all that was needed to succeed was a stiff upper lip then everything was simple. Most media texts used the idea of binary opposition, simple ideas of good and evil, where being good/moral would bring the rewards it deserved, even if that reward was only the knowledge of having ‘done the right thing’. In these more (post)modern times we seem to prefer a little more moral ambiguity in our heroes and villains….

Jimmy McNulty and D’Angelo Barksdale – Subverting Conventional Binary Oppositions? In some conventional crime/cop dramas the distinction between cop and drug dealer is morally clear though the use of simple binaries: cop as hero; drug dealer as villain. However, the representations of the drugs dealers and the police are not clear cut in The Wire and often offer scope for comparison. For example, McNulty is represented as a traditional cop who values old- fashioned detective work. He is a renegade and an anti-authoritarian, a heavy drinker and a womaniser who has failed in his romantic relationships. He is perhaps presented in this way initially to allow audiences to identify with a more conventional stereotype, however he is also used as a way to challenge the binary notion of who is ‘good’ and who is ‘bad’, as his character is also mirrored in D’Angelo Barksdale a drug dealer.

This is an excerpt from The Wire from Curriculum Press which offers some interesting views on the programme which are highly relevant to this discussion.

And if you want to go even deeper into this stonkingly good TV series then take a look at this (quite academic) piece, The wire and the world: narrative and metanarrative.

Calvin and Hobbes is my all time, best ever, greatest strip cartoon (although The Far Side has its moments) and whilst flicking through a collection today I was taken by how useful some of the ideas contained within them might be…

All about the concept

Stumbled across this and thought I’d share it with you. The idea for the film came about when musing “about streaming vs. DVDs and the physical act of walking to a mailbox to drop off a DVD”. The very simple idea grew to become a very simple yet very engaging short film. Tight editing keeps the piece flowing with, it seems to me, a very natural rhythm which combines with the music and the delivery of the dialogue to evoke an unhurried walk to the post-box.

Oh, and the whole thing was filmed and edited on an iPad…

I haven’t posted anything music related previously for one very good reason – music seems to polarize opinion much more than other media. If people don’t like the same films or T.V. as you then they just (generally speaking) shrug and move on. If people don’t like your taste in music they seem to think it fine to deride it and make fun of you (and yes I’ve been guilty of doing exactly that). So hopefully before you judge me on this one post you’ll take into account the fact that I have over 200 vinyl LP’s, 250 odd cd’s and rather a lot of downloaded albums covering many genres of music.

Anyway I’m going to see this guy again in a few days time and am REALLY looking forward to it. Even if you don’t like the style of music his virtuosity on his chosen instrument is astounding.

Lego-ing movie scenes, much like sweding, is a fairly well established idea (I’d particularly recommend the Lego version of Eddie Izzard’s Death Star Canteen) but this is the first time I’ve seen iconic photographs ‘legoed’. This was my personal fave but there are more to be seen HERE. 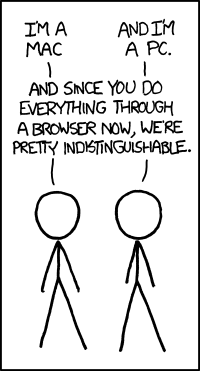